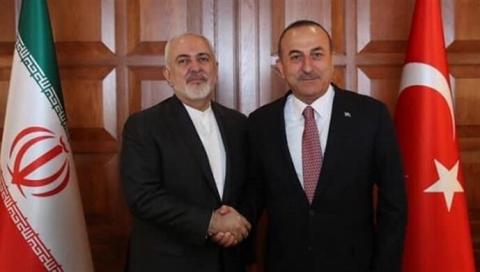 The Turkish and Iranian foreign ministers spoke over the phone on Jan. 4, state-run Anadolu Agency reported.

Turkey's Mevlüt Çavuşoğlu and his Iranian counterpart Javad Zarif discussed the killing of senior Iranian general Qasem Soleimani in a U.S. airstrike in Baghdad, the sources said on condition of anonymity.

According to a statement by Russian foreign ministry, Lavrov too spoke with Zarif on Jan. 4.

"Lavrov expressed his condolences over the killing," read the statement said. "The ministers stressed that such actions by the United States grossly violate the norms of international law."

In the meantime, French Foreign Minister Jean-Yves Le Drian said he had discussed the situation in the Middle East on Jan. 4 with his German and Chinese counterparts, and added that all three had agreed on the need to avoid any escalation in tensions.

"We all noted in particular our agreement in the importance of preserving the stability and sovereignty of Iraq, and the whole of the region in general, as well as the need for Iran to avoid any new violation of the Vienna Agreement," added Le Drian.