UN chief calls again for an immediate cease-fire in Libya 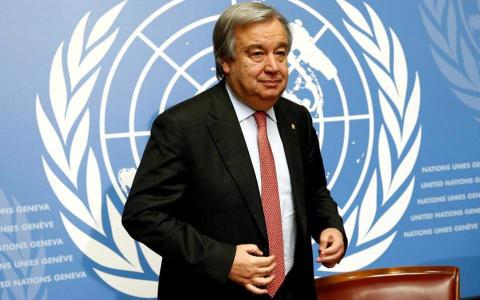 UN Secretary-General Antonio Guterres on Friday called again for an immediate cease-fire in Libya and a return to talks by all the warring parties.

The UN chief warned in a statement from his deputy spokesman that "any foreign support to the warring parties will only deepen the ongoing conflict and further complicate efforts to reach a peaceful and comprehensive political solution."

Guterres' comments followed Thursday's authorization by Turkey's parliament to deploy troops to Libya to support the UN-backed government in Tripoli that is battling forces loyal to a rival government seeking to capture the capital.

Ankara says the deployment is vital for Turkey to safeguard its interests in Libya and in the eastern Mediterranean, where it finds itself increasingly isolated as Greece, Cyprus, Egypt and Israel have established exclusive economic zones paving the way...