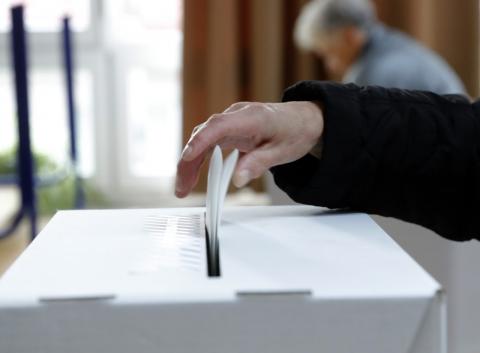 Croatian citizens on Sunday vote in the second round of the presidential election, which pits the incumbent conservative, Kolinda Grabar-Kitarovic, against the Social Democratic former prime minister Zoran Milanovic.

Recent polls have put both candidates neck and neck, making predictions about the result hard to call. In the first round, on December 22, Milanovic took a narrow lead, winning 29.55 per cent of votes cast. Grabar-Kitarovic came second on 26.65 per cent.

A former foreign minister, ambassador to the United States and Assistant Secretary General for Public Diplomacy at NATO, Grabar-Kitarovic won the presidential election in January 2015, narrowly defeating the centre-left incumbent, Ivo Josipovic. The difference in votes was only 32,435.

Milanovic became prime minister in 2011. But his government was hampered by an economic recession, from which Croatia only started to emerge in 2015. In the November 2015 elections, the Social Democrat-led coalition won 56 out of 151 seats, while the centre-right coalition led by the Croatian Democratic Union, HDZ, took 59. The new government was made up of the HDZ and smaller parties.

A total of 3,860,087 people are eligible to vote, of which 3,681,139 have residency in Croatia. Outside the country, another 178,948 people can vote. Most of these, 92,663 of them, are registered in neighbouring Bosnia and Herzegovina, where Croats are the third most populous ethnic group.

According to Jutarnji list daily around 70,000 eligible voters will be outside Croatia on winter skiing holidays on Sunday, but only 5,095 of them have requested a certificate to vote outside their place of permanent residence.