US to hit Iran if attacked, Iran describes attack threat as 'war crime' 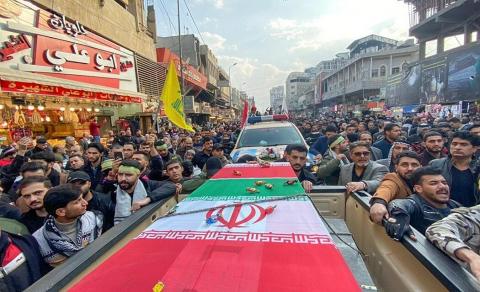 U.S. President Donald Trump said on Jan. 5 that his country would hit Iran with "brand new beautiful equipment" if Iran targeted U.S. bases or American nationals in the wake of the killing of a senior Iranian general by an American airstrike.

"The United States just spent Two Trillion Dollars on Military Equipment. We are the biggest and by far the BEST in the World! If Iran attacks an American Base, or any American, we will be sending some of that brand new beautiful equipment their way...and without hesitation!" Trump said on Twitter.

In separate comments on Twitter, Trump also "strongly advised" Iran not to attack the U.S. as the country would "hit back".

"They attacked us, & we hit back. If they attack again, which I would strongly advise them not to do, we will hit them harder than they have ever been hit before!"

On Jan. 4, Trump threatened to strike 52 Iranian targets in the event of any attacks on U.S. citizens or assets.

He said Tehran was "talking very boldly about targeting certain USA assets as revenge" for the killing of Qasem Soleimani, the head of the Islamic Revolutionary Guards Corps' elite Quds Force, adding that the general was responsible for the deaths of an American and hundreds of Iranian protesters.
Meanwhile, Iran's Foreign Minister Javad Zarif has described Trump's threat to attack dozens of Iranian sites as a "war crime" amid rising tensions in the wake of the killing of a senior Iranian general by an American airstrike.

"Targeting cultural sites is a WAR CRIME," Zarif said on Twitter on Jan. 5, shortly after Trump threatened to strike 52 Iranian sites in the event of any attacks on U.S. citizens of assets.

"Whether kicking or screaming, end of U.S. malign presence in West Asia has...