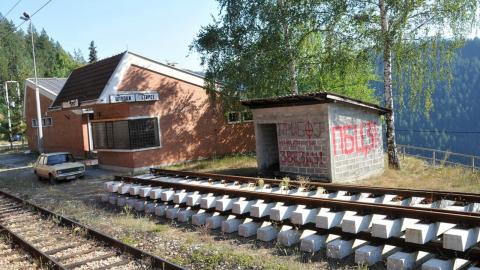 However, some of the key witnesses changed their testimonies during the trial and accused the prosecutor of pressurising them. They altered their accounts of what they saw in attempts to show that none of the defendants were present at the scene of the crime or participated in it, but also to say that others accused of the same crime in other trials were also not present.

Marina Kljaic from the Humanitarian Law Centre in Belgrade, who is the legal representative of victims in the case, told BIRN that the former fighters who have testified are "witnesses who are seeking to minimise their involvement in critical events, and at the same time help the accused".

However, Kljaic added: "The court has extensive experience with the testimony of such witnesses during its work so far."

Five people are on trial in Belgrade - Gojko Lukic, brothers Dusko and Gojko Vasiljevic, Jovan Lipovac and Dragana Djekic. Apart from Lipovac, who was a Bosnian Serb Army soldier, they were members of the Avengers paramilitary unit.

The leader of the Avengers was Milan Lukic, who was sentenced to life imprisonment in December 2014 by the Hague Tribunal for wartime crimes, but not for the Strpci massacre.

According to the indictment in the Belgrade case, on February 27, 1993, a group of fighters, mostly from the Avengers group, came to the small train station at Strpci, near the Bosnia...