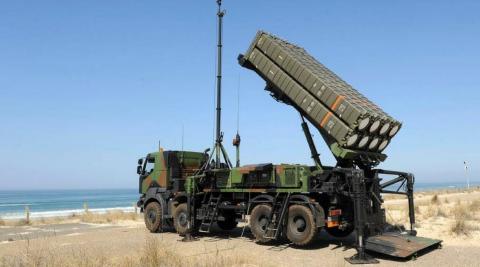 "France is in a general [negative] attitude. This attitude has impacted the project as well," Demir told reporters at an annual review meeting with the press.
"We are at the stage of definition study now. France has a negative attitude for the next phase. It creates troubles to go one step further," he said.

"If this attitude continues, we will proceed with the other partner [Italy]," he said. Asked if France notified a general principle for blocking defense projects with Turkey, Demir said difficulties were seen on project bases, but not a general statement on the issues.

The position of France "has no meaning for us," Demir said, adding that this situation will not hamper Turkey's plans.

On Eurosam program, France lays an obstacle on the issue of technology transfer, a source familiar with the talks told Hürriyet Daily News on condition of anonymity.

Ankara made an initial deal with the French-Italian consortium on July 14, 2017 to develop Turkey's national defense systems and signed an agreement early 2018 for an 18-month-long study to determine the needs and priorities for the potential joint production of an anti-ballistic missile system. The proposed system will be a more developed version of the Eurosam's current SAMP-T air defense systems.

Talks with the Italian-French consortium came at a moment when Turkey was under fierce pressure from the United States and other NATO countries because of its plans to procure Russia's sophisticated S-400 anti-ballistic missile systems.