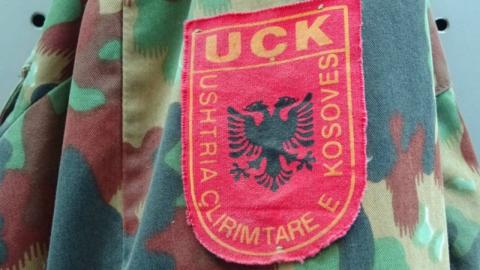 Sanije Rexha and Kushtrim Balaj, both former officials of the Division of Internal and External Control at Kosovo's Ministry of Labour and Social Welfare, went on trial for abuse of office at Pristina Basic Court on Monday in a case connected to a major scandal over fraudulent applications for the official status of verified Kosovo Liberation Army war veteran.

Both Rexha and Balaj pleaded not guilty to exceeding their authority by submitting 31 forms to the ministry in October 2017 that fraudulently claimed war veteran status. Verified war veterans receive financial benefits.

Kosovo's Special Prosecution claims that Rexha and Balaj filled out the forms in Krume in Albania, brought them to Kosovo and then illegally submitted them to the ministry department in which they work.

The forms were filed on behalf of citizens of Albania. However, veteran status application forms must be submitted in person by the applicants.

The Albanian citizens were granted KLA veteran status, and by November 30, 2019, illegally benefited financially from payments of more than 100,000 euros, the prosecution alleges.

The verification of former KLA fighters caused a scandal in the country when former state prosecutor Aleksander Lumezi alleged in August 2018 that thousands of fake war veterans were wrongfully receiving benefits from state funds.

The Special Prosecution then charged 12 former members of the government's commission on verification of the status of KLA veterans with misusing their official positions. They were all convicted.

Transparency Questions over Albanian Effort to Rid Courts of Corruption