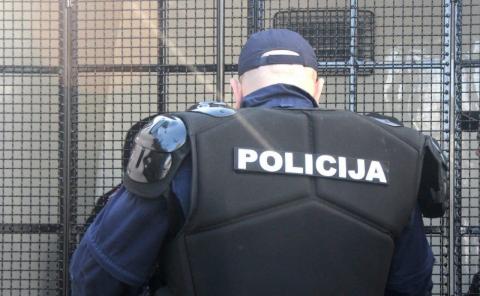 A media union has demanded the release of journalist Andjela Djikanovic, who was put in detention for 72 hours for "causing panic and disorder", after claiming in an article that the government might call on security forces in neighbouring Kosovo to help quell protests over a new religion law.

Police on Sunday night arrested the editor-in-chief of Fos web site for writing that members of the Kosovo Special Police Forces were poised to intervene in Montenegro over Orthodox Christmas, which occurs a fortnight later than its Latin counterpart.

The prosecutor ordered the journalist to be detained because of the risk that she might repeat her actions. Her lawyer Milos Vuksanovic appealed, calling her detention over an article shocking. "Djikanovic did not want to disclose her source. She handed over her phone and laptop from which she released that information," Vuksanovic told the media.

Mila Radulovic, from the Association of Professional Journalists of Montenegro, DPNCG, called for her release. "It is unacceptable to arrest journalists," Radulovic told the media.

Citing unnamed diplomatic sources, Djikanovic wrote that the government might call on Kosovo to help subdue the ongoing protests over its concerns about the reliability of some Montenegrin police. The article said interviewees among the Montenegrin police did not confirm or deny the claim.

The claim was inflammatory, given that the protests against the new law on religion are being led by country's large Serbian community - which maintains a deep aversion and hostility to the independence from Serbia of the mainly Albanian former province of Kosovo.

Following publication of the article, the government accused Fos media of publishing fake news whose sole aim was to alarm...