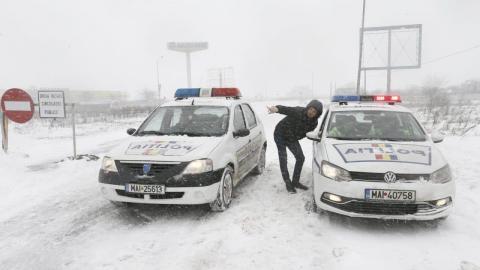 Ethnic Hungarians account for 85 per cent of the population in Harghita County, and the vandalism of the signs had caused local tensions.

Police found the black spray used to vandalize the road signs in the man's car, and he had confessed to spraying over the Hungarian names of the towns with black paint, the news agency said.

The bilingual signs were defaced over the weekend, with the Hungarian designations covered with paint while the Romanian ones were left untouched.

Before the suspect was arrested, Antal Lorant, a Senator from the Democratic Alliance of Hungarians in Romania, the main ethnic Hungarian party in the country, wrote on Facebook: "It appears that 'well-intentioned' tourists who come to visit our region don't really like the fact that … we use our mother tongue!"

Lorant called the incidents "shameful" and sought the quick identification and punishment of those behind them.

Over 1.2 million ethnic Hungarians make up 6 per cent of Romania's total population. They are concentrated in Transylvania, which formed part of Hungary until the end of World War I, when it was joined to Romania.

Disputes over the history and identity of the region remain the subject of endless and acrimonious debates between nationalists in both Hungary and Romania - which has long resisted ethnic Hungarian demands to be allowed an autonomous region in those parts of Transylvania where they make up the majority of the population.