Smoking ban being upheld by 75 pct of businesses 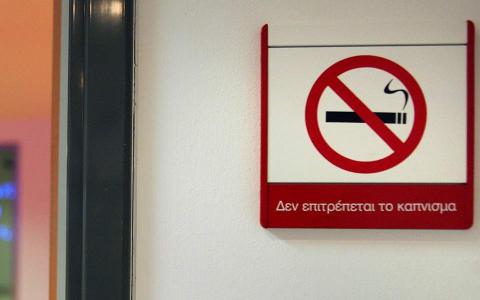 Three in four businesses in Greece have fallen into line with the decade-old smoking ban since the government made its enforcement in all indoor public spaces one of its top priorities and imposed stricter fines for violations.

According to a year-end assessment from the National Transparency Authority, no violations were reported at 75 percent of the nearly 570 bars, cafes, restaurants, indoor playgrounds and other such businesses that were inspected from November 20, when the stricter new legislation came into force, up to the end of the year.
As far as the remaining 25 percent was concerned, the overwhelming majority of violations (85 percent) concerned inadequate signage informing customers that smoking is forbidden, and the existence of ashtrays. Patrons were caught smoking in just 15 percent of the inspections.

At the same time, a special hotline set up by...

Brothers remanded over murder of restaurant owner in Thessaloniki