"They are not aware, but the world doesn't approve of the developments in Montenegro" 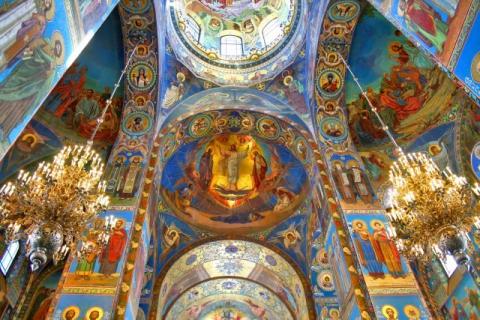 He said that mutual agreement was the way to solve the problem.
"It is unacceptable to deny historical documents - Charters, Christ's epistles, which indisputably point to the rightful owner. If similar logic began to be applied by other states, the Jerusalem Patriarchate would be left without the Holy Sepulcher, the Sinai Archbishopric without the monastery of St. Catherine, and so on", Bishop Maxim told daily "Danas".
He said the procedure by the Montenegrin authorities "reminds him of the anti-church moves of the revolutionaries in 1789 who confiscated the property of the church in France and, for example, renamed Notre Dam the Temple of the Goddess of Reason, and then turned it into a warehouse."
"And while historiography describes these moves negatively, the Montenegrin authorities seem to be learning from bad historical examples", Bishop Maxim said.
He said that "these are models of the past that have been overcome" and "Montenegro is only now suffering from the childhood diseases of the French Revolution."
Asked how he explains that, not counting Bishop Teodosije from Kosovo-Metohija, as the critics of the state policy of Serbia in Kosovo, the archbishops from the diaspora - from the territory of the former SFRY and beyond - are being mostly heard, he said that some think a statement by the Council of Serbian Orthodox Church is sufficient.
"I think that some of the archbishops believe that what the Holy Bishops' Council has announced in this matter is sufficient," Bishop Maxim said.
"In addition, many are simply unable to look at the situation in Serbia from a distance and recognize the various symptoms of autocracy", Bishop Maxim concluded.