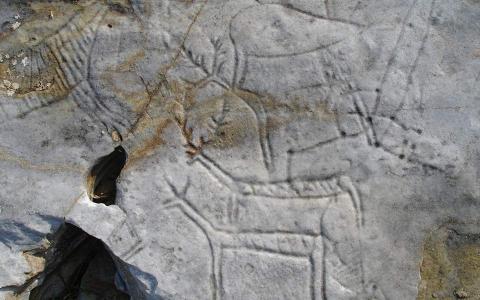 Archaeologists and historians are lamenting the destruction of several 3,000-year-old rock carvings on the Pangaion Hills near Kavala in northern Greece and calling for measures to protect the remaining samples of this ancient art.

According to the Athens-Macedonian News Agency (ANA-MPA), unknown vandals appear to have scraped several carvings depicting human figures, animals, plants and other scenes of day-to-day life off rocks in the area using a wire brush, though it did not specify how many were destroyed or how many remain.

Theodoros Lymberakis, a local lawyer and historian, told the ANA-MPA that the rock carvings may have been destroyed by gold prospectors trying to scupper the competition who believe they were made by ancient settlers on the ore-rich hills to indicate the location of deposits.

The carvings were discovered in 1966 by Aristotle University...