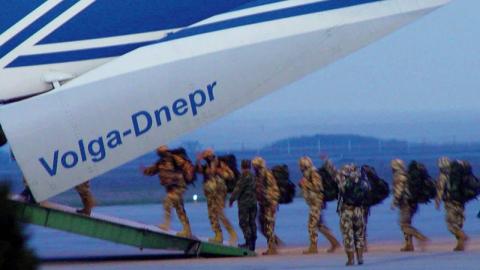 "A part of our military in Iraq has already been relocated," said Romanian President Klaus Iohannis on Tuesday in his first reaction after the drone strike that killed Iranian general Qasem Soleimani, who was accused by Washington of planning attacks against the US.

According to the ministry, "the 14 Romanian military personnel who were on a mission in Iraq" were to be "temporarily relocated to another base of the [NATO] coalition".

"Romania remains firmly committed to the battle against international terrorism," said the Defence Ministry in a statement that also voiced Bucharest's willingness to redeploy its military personnel in Iraq in line with "the evolution of the situation in the area".

Meanwhile, the Croatian Defence Ministry said on Tuesday that, in line with the NATO alliance's decision to relocate its mission from Iraq to Kuwait, members of the Croatian Army have been moved from Baghdad to Kuwait.

Fourteen Croatian troops were relocated to Kuwait and seven members of a second Croatian contingent, whose mission is over, will return to Croatia.

"We are monitoring the security situation with our allies and appropriate decisions will be made in coordination with the allies," the Croatian Defence Ministry said.

Neighbouring Slovenia, also an EU member, said however that its six soldiers in Iraq...

Scholz: Tax on share dealing may be extended to other assets