US Balkan Policy Hard to Fathom in EU’s Absence 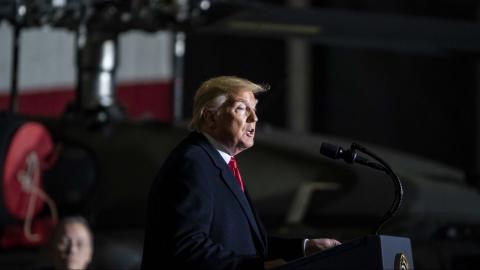 But some observers say the duo's appointment is a case of too many cooks spoiling the broth. And then there are bigger questions about Washington's credibility in the region.

"There are excellent professional diplomats working on the Western Balkans, like Matthew Palmer and Phil Reeker," said Michael Carpenter, managing director of the Penn Biden Center for Diplomacy and Global Engagement and a former deputy assistant secretary of defense for the Balkans.

"The problem right now is that the Trump administration's national security apparatus is in tatters."

"The Trump administration is so corrupt our diplomats can no longer raise concerns about corruption or abuse of power without sounding hypocritical," Carpenter said.

"So despite the best intentions of the career national security professionals, US influence in the Western Balkans is at an all-time low."

Palmer and Grenell declined to comment for this story.

Diplomatic insiders say that the two men are coordinating closely, but political scientist Jasmin Mujanovic said it was hard to see how this was manifesting itself.

Mujanovic, whose research focuses largely on the Balkans, described Palmer's appointment as a major boon to the region that could pay big dividends, but noted that the administration's overall foreign policy has a lot of moving parts.

"It's unclear what the White House's position on the Kosovo-Serbia dialogue is, as a whole, and it's sometimes difficult to ascertain what's...