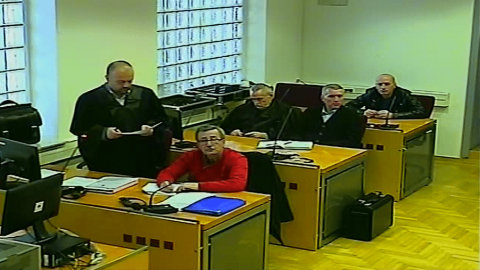 The appeals chamber of the Bosnian state court has upheld the first-instance verdict acquitting ex-policemen Jadranko Saran, Samir Sabic and Zijad Kadic of wartime crimes against civilians and prisoners of war, one of the men's lawyers told BIRN on Wednesday.

Saran, Sabic and Kadic were initially acquitted in May 2019 of the unlawful detention of civilians, murder and inhumane treatment at several buildings in Bosanska Krupa in north-western Bosnia between September 1995 and July 1996.

According to the charges, Saran was the chief of the police's Public Security Station in Bosanska Krupa, Sabic was commander of the police department in Jasenica and Kadic was a policeman.