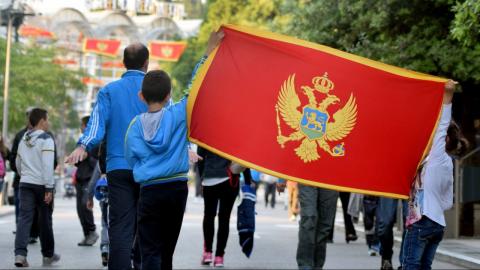 In 2020, Montenegrin voters will go to the polls to elect a new Parliament and government. Elections must be held by October. Yet they will be closely watched for a number of reasons other than their actual outcome.

For years, the opposition has been crying foul over the conditions under which elections are held in Montenegro, which many believe strongly favour the ruling party. Hence the EU promoted a dialogue between government and opposition on electoral conditions, which has ended without agreement. Now, all eyes will be on the conduct of the upcoming elections, not least because the previous elections were marked by an alleged 'coup' attempt. With few successes to show on the domestic front and plenty of scandals, the ruling DPS has sent a clear signal with the adoption of the controversial Freedom of Religion Law that its strategy will be to fight the election on divisive identity issues.

The new Congress Center and the National and University Library as the venue for the events organised by the Croatian Presidency of the Council of the European Union in Zagreb, Photo: EPA-EFE/ANTONIO BAT.

For Croatia's current government led by Prime Minister Andrej Plenkovic and his HDZ, 2020 will be both an opportunity and a challenge. At the beginning of the year, Croatia assumed the EU's rotating Presidency, which it will hold for the next 6 months. Zagreb cannot decide much, but does have the ability to put some issues, such as perhaps enlargement, more squarely on the agenda. Yet this space will be constrained more than ever as the EU deals with Brexit and the adoption of a new budget...