Iran may Return to the Nuclear Deal, but on One Condition 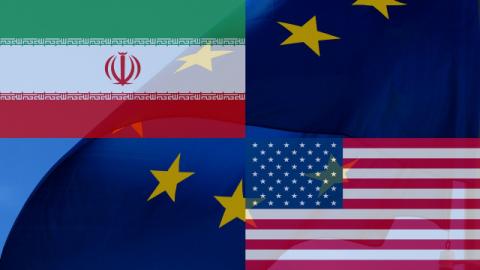 Tehran is ready to negotiate on various aspects of the Joint Comprehensive Plan of Action if Washington returns to the agreement. Iranian Permanent Representative to the United Nations, Majid Takht-Ravanchi, told TASS.

According to him, it is better for the United States to return to the plan and to the negotiations. In that case, Iran will be ready for discussions.

On January 5, Iran announced its final waiver of its Joint Comprehensive Plan Action Plan commitments. It was stated that further action in this area would not be restricted. Later, Takht-Ravanchi announced that Tehran did not want to possess nuclear weapons.

The decision to reject the agreement was made after the assassination of General Qasem Soleimani on 3 January in Baghdad.

US President Donald Trump has said that Europe must "break away from the remnants" of the Iran nuclear deal (JCPOA), because "peace cannot prevail in the Middle East as long as Iran continues to foment violence,".

The Joint Comprehensive Plan of Action for Tehran's nuclear program was signed in 2015 by Iran, the United States, Russia, China, the United Kingdom, France and Germany.

On May 8, 2018, Washington announced that it was leaving the Joint Comprehensive Plan of Action and resumed restrictive measures against Iran, which included a ban on oil trade.