Presidential election process to be ready by February 13 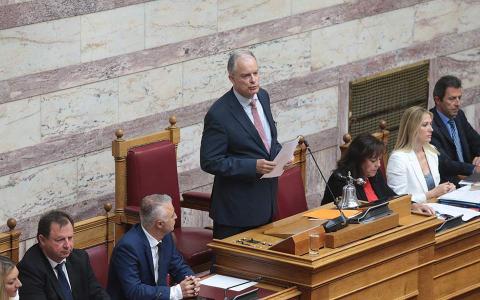 The procedures to elect the next Greek president will be set in motion by February 13, according to Parliament Speaker Konstantinos Tasoulas.

Speaking to reporters on Thursday, Tasoulas said the electoral law will soon be tabled in Parliament and this will pave the way for the relevant House procedures to begin for the election of the president.

Tasoulas said that Parliament's technical services are busy adapting the procedure to changes introduced under the previous administration during a review of the constitution, which include electing a president without the need of a super-majority in the 300-seat House.

He also reckoned that the election of a new president will be a swift one, expressing confidence that the candidate the government will propose will secure an increased majority.

The term of incumbent Prokopis Pavlopoulos ends in March.