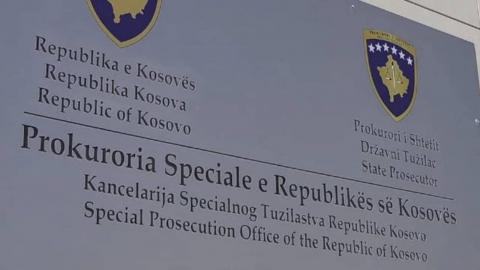 The Pristina Basic Court sentenced Syria returnee Qendresa Sfishta to a two-year suspended sentence on Thursday for participating in a terrorist organisation after she pleaded guilty to the charges.

Sfishta was among the more than 100 Kosovo citizens returned from camps in Syria nine months ago. She was put under house arrest on her return, alongside 10 other women from the group, pending possible trial.

She admitted to the court that she had gone to Syria and had provided logistical services to her husband who fought alongside Islamic State, ISIS. She stated that she felt remorse about her actions and would never have repeated them.

The Special Prosecution said that in 2015, along with her husband, Artan Arapi, Sfishta left Kosovo via Skopje in North Macedonia. From Skopje, they flew to Turkey and then reached their destination, Syria, to join ISIS.

The prosecution claimed Sfishta received a monthly payment of US $200 from ISIS to provide logistical services to her husband who "actively participated in the ISIS wars".

According to the prosecution, she and her husband repeatedly changed residence, depending on the change in ISIS-controlled territories, moving from Syria to Iraq and vice versa until ISIS collapsed in spring 2019. They then surrendered and were deported to Kosovo in April 2019.

As Sfishta did not appear at the Pristina Basic court on Wednesday, when she was scheduled to stand trial, her trial was rescheduled for Thursday.

A total of 110 citizens of Kosovo were repatriated from Syria on April 19, 2019, of whom 74 were children, 32 were women and four were men. Nine children returned without parents because they were killed in the fighting in the Middle East.

The court in Pristina said there was well...