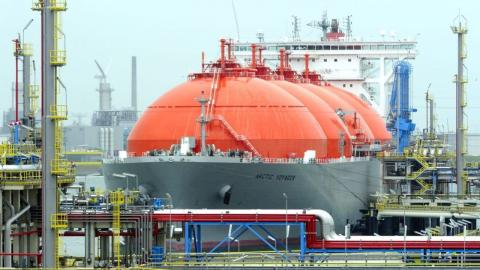 The Bulgarian government on Thursday approved the participation of the country's main energy company, Bulgartransrgaz, in the LNG gas terminal in Greece, in a move designed to reduce its dependence on gas from Russia.

Bulgaria's share of the terminal located in northern Greece, offshore from Alexandropolis, will be 20 per cent.

The terminal is expected to start operations in 2022, and is seen as a way to offset the effects of TurkStream, the gas pipeline designed to bring Russian natural gas to Turkish and European consumers via the Black Sea.

On January 8, at a meeting with US State Department officials in Sofia, Bulgarian Prime Minister Boyko Borisov announced that Bulgartransrgaz would buy a 20 per cent share in Gastrade, the future floating regasification unit. The US and Qatar are expected to be the main suppliers of LNG for the facility, which has been backed by the EU.

The meeting on January 8 was part of the first session of the Bulgaria-US Strategic Dialogue.

The terms of the agreement were signed on January 8 by the Chair of the Board of Directors of Gastrade, Elmina Copelouzou, and Bulgartransgaz's Vladimir Malinov, in the presence of Bulgarian Energy Minister Temenuzhka Petkova - who last year highlighted the importance of diversifying gas supplies.

The agreement coincides with the construction of a Greece-Bulgaria interconnection, IGB, which is intended to increase the flow of LNG to Bulgaria and other countries in the region. Borisov has said this will...