Culture of Denial: Why So Few War Criminals Feel Guilty 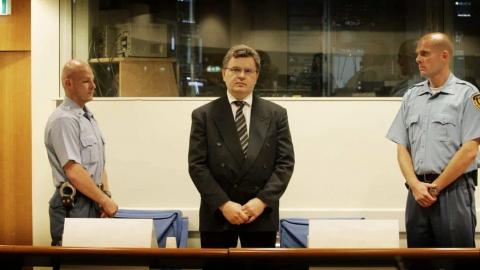 The denial of war-related responsibility remains prevalent throughout the former Yugoslavia, and some of those who have denied their guilt are treated as heroes in their home countries.

"Someone who admits to his guilt is [seen as] a traitor," said Dusko Tomic, a lawyer from Sarajevo who has defended people accused of war crimes.

"I've encouraged my clients to plead guilty, if there was a basis for that. Especially the ones with children so the burden would not be passed on. But here [in the Balkans], the children of convicted war criminals are proud of their fathers," Tomic told BIRN.

Most of the guilty pleas came in trials at the International Criminal Tribunal for the Former Yugoslavia in The Hague and at courts in Bosnia and Herzegovina.

"A guilty plea is a powerful tool in revealing truth and possible reconciliation. But very little is known and spoken about whether guilty pleas exerted influence outside the courtrooms," Refik Hodzic, a transitional justice activist and a former spokesperson for the ICTY, told BIRN.

"I would say they were nullified because no one wishes to hear about the guilt of their own people," he argued.

The ICTY's judges repeatedly made a positive link between guilty pleas and reconciliation. But since guilty pleas are mostly the result of plea bargains, in which the prosecution agrees either to drop certain charges and/or to recommend a prison sentence within a particular range, the reconciliatory potential of such pleas is questionable - are the defendants' expressions of regret and remorse genuine, or simply calculated attempts to gain a reduced sentence?

None of the three repentant defendants deemed sincere by Terselic and Kandic...