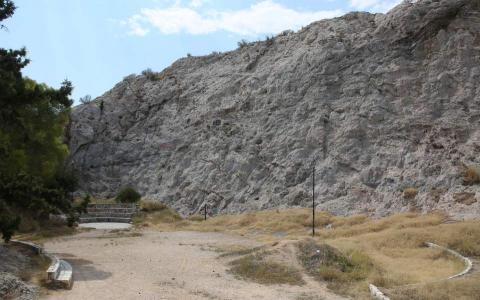 At least two dogs had to undergo surgery on Thursday after eating baited snacks that had been scattered across Philoppaou Hill, a popular spot with Athenian dog owners and host to numerous strays.

According to a report in Lifo, a resident walking his dog on the hill on Thursday afternoon discovered dozens of pieces of sausage stuffed with fishing hooks, screws and metal shavings after a local woman's dog ate a piece and started writhing and yelping with pain.

At least one more dog ate the baited snacks and had to be rushed for surgery.

Resident Giorgos Triantafyllos and other locals in the area during the incident tried to clear the hill, reportedly finding at least 100 pieces of sausage scattered over a 2-kilometer area.

"They were everywhere, on the cobbled paths, among the olive trees, on the ground. They were not there in the morning, so they had to...