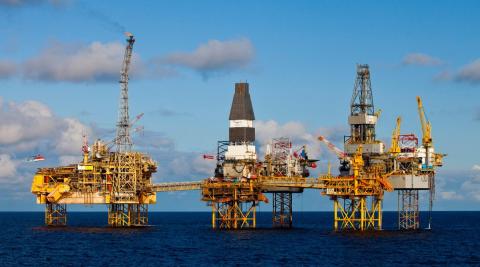 Global oil and gas discoveries in 2019 of 12.2 billion barrels of oil equivalent (boe) represents the highest volumes since 2015, according to Rystad Energy's data on Jan. 9.

According to the estimations, the discoveries in Guyana hold cumulative recoverable resources of around 1.8 billion boe.

"ExxonMobil can be declared explorer of the year for a second year in a row thanks to its ongoing efforts and results in Guyana, along with significant investments in Cyprus. The supermajor was exceptional, both in terms of discovered volumes and value creation from exploration," Palzor Shenga, a senior analyst on Rystad Energy's upstream team was quoted as saying.

The company discovered around 1.07 billion boe in additional net resources last year, with an estimated value of around $2.7 billion, the data showed.

"U.S. independent Hess and Chinese state player CNOOC [China National Offshore Oil Corporation] occupy the second and the third spots on the list of top explorers of 2019 in terms of value creation from new discoveries, with both benefiting from their partnership with ExxonMobil in Guyana's Stabroek block," the statement read.

Hess added about $2 billion in value from new discoveries last year, while CNOOC had a value creation of about $1.8 billion.