The Minister of Environment and Water Neno Dimov Resigned 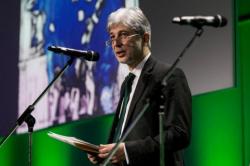 Prime Minister Boyko Borissov has accepted the resignation of the Minister of Environment and Water Neno Dimov. It was deposited in the Prime Minister's office, the Council of Ministers reported.

Earlier today, an emergency meeting was held between Prime Minister Boyko Borissov and a coalition partner in the government and Defense Minister Krasimir Karakachanov, at which the decision was discussed.

Neno Dimov spent the night at the Third Police Station in Sofia. He was questioned and taken into 24-hour custody after police and prosecutors entered the eco-ministry. The reason is the water crisis in Pernik.

The documents related to the license of the companies that have the right to import waste into Bulgaria are also checked. It remains to be seen whether Dimov will be charged.

Bulgaria’s Premier: Vaccine Must Be Available to All Willing to Be Vaccinated

Dr. Alexander Simidchiev: Coronavirus May Stay Longer in the Body and Cause Re-infection

6 Reasons to Study for a Masters in Accounting