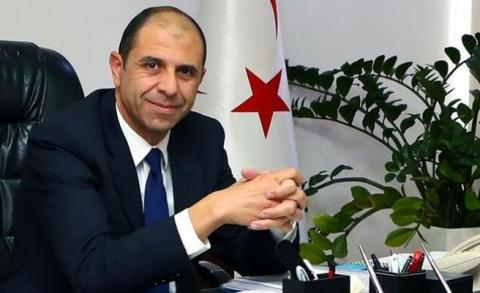 Kudret Özersay, the deputy prime minister and foreign minister of the Turkish Cyprus, announced on Jan. 9 that he will run for 2020 presidential race.

Özersay said on Facebook that he will run as an independent candidate for the elections slated for April.

"With my education on diplomacy and international relations, years-long experience on the negotiation table representing Turkish Cypriots and two-year-experience as deputy prime minister and foreign minister, I believe that I can accomplish this mission, protect rights and interests of Turkish Cypriots and carry [them] forward," Özersay said.

Özersay, also the leader of the People's Party (HP), said he is stepping down from his party as he will run for the presidency as an independent candidate.

In 1974, following a coup aiming at Cyprus' annexation by Greece, Ankara had to intervene as a guarantor power.
In 1983, Turkish Cyprus was founded.
The decades since then have seen several attempts to resolve the dispute, all ending in failure. The latest one, held with the participation of the guarantor countries Turkey, Greece, and the U.K., ended in 2017 in Switzerland.

In the first round of the presidential election in Turkish Cyprus in April 2020, Özersay might challenge President Mustafa Akıncı, PM Ersin, and ex-PM Tufan Erhürman.