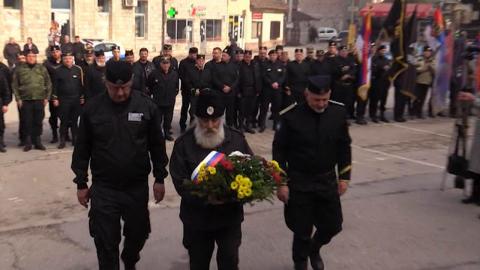 Courts in the towns of Doboj and Sokolac have rejected requests to ban 16 associations whose titles contain the words 'Chetnik Movement' or 'Ravna Gora Movement', while three more courts in Bosnia's Serb-majority Republika Srpska entity are still considering requests to ban the associations, BIRN has learned.

The request from the Sarajevo Canton justice ministry to ban the Chetnik associations on the grounds that they provoke ethnic, racial or religious hatred and discord and intolerance were sent last year to five local courts in Republika Srpska, in the towns of Banja Luka, Doboj, Bijeljina, Sokolac and Trebinje.

The plea for a ban was submitted following a controversial commemoration in Visegrad in March 2019 of Dragoljub 'Draza' Mihailovic, the WWII leader of the Serb nationalist Chetnik movement.

After the commemoration, the Bosnian state prosecution opened a case to examine whether the incident had provoked hatred and intolerance. The probe is still ongoing.

Sarajevo Canton's justice minister Lejla Salihagic-Brcic told BIRN that she is waiting for decisions on the ban from the remaining three courts in Banja Luka, Bijeljina and Trebinje.

"I hope that at least one of the registry courts will have sense enough to uphold the request, but unfortunately, the Bosnian judiciary is most often governed by politics, so I am not sure that it will actually happen," Salihagic-Brcic said.

The Doboj and Sokolac courts have not responded to BIRN's inquiry about their reasons for rejecting the proposed ban.

In the meantime, on Orthodox Christmas Eve earlier this month, the Ravna Gora Association in Visegrad organised a convoy of cars that drove noisily through the town, blaring Serbian songs, sparking fear among Bosniaks who fled...