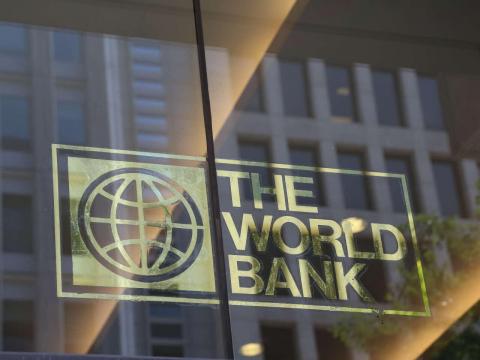 A World Bank report released late on Jan. 8 projected the Turkish economy would grow 3 percent in 2020 and 4 percent in 2021, rebounding from earlier financial turmoil at a faster pace than expected as domestic demand improves.

The bank revised its previous forecast that Turkey would contract 1 percent in June 2019 to 0 percent in its latest Global Economic Prospects report.

"In Turkey, activity is rebounding from earlier financial turmoil at a faster-than-expected pace as domestic demand improves; however, the pickup remains fragile amid subdued confidence and investment." the report said.

Global growth is projected to reach 2.5 percent in 2020, slightly faster than the post-crisis low registered last year, it noted, adding that while growth could further strengthen if risks dampened with an easing in global trade tensions and sustained reduction in uncertainty.

In terms of emerging markets and developing economies (EMDEs), the report forecasted that EMDE growth would accelerate this year to 4.1 percent.

"This rebound is not broad-based; instead, it assumes improved performance of a small group of large economies, some of which are emerging from a period of substantial weakness," the report said.

It highlighted that a third of EMDEs were projected to decelerate due to weaker-than-expected exports and investment.

"Instead, it is largely predicated on a rebound in a small group of large EMDEs, most of which are emerging from deep recessions or sharp slowdowns caused by earlier financial pressures," it noted.

About 90 percent of this pickup in the bank's EMDE growth forecast was accounted for by only eight countries representing just a third of the subset's GDP, being Argentina, Brazil, India, Mexico, Russia,...