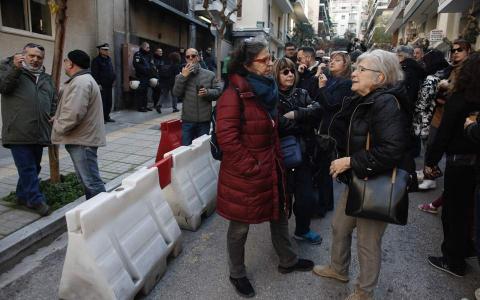 Residents of the central Athens district of Exarchia held a rally outside the local police station on Saturday to call for more policing to crack down on crime in their neighborhood. The rally came after locals living on central Kallidromiou Street published a letter denouncing a criminal gang that has been conducting robberies in the area around the police precinct. 'Cars being smashed up and robberies are daily occurrences, many of which happen in broad daylight,' they said in the letter. Authorities have recently conducted raids to clear several squats in the area. [Kostas Tsironis/ANA-MPA]