UN aid to Syria to continue through two crossings of Turkey, but Akçakale failed 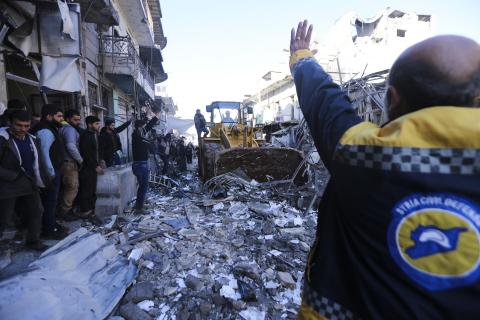 The U.N. Security Council on Jan. 12 renewed a cross-border aid operation into Syria for another six months and only from two border crossings with Turkey in the northwest of the war-torn country not controlled by President Bashar al-Assad.

A Turkish official speaking to Hürriyet Daily News on condition of anonymity has said that Ankara made efforts in cooperation with the U.S. to include Akçakale border crossing across Tal Abyad in the UNSC mission, but that the proposal was declined, recalling that Russia wants the regime-controlled border crossings for the U.N. aid.

With 11 votes in favor, none against, and with four of its permanent members - abstaining - China, Russia, United States, and the United Kingdom - the council re-authorized only two of the four existing border crossings (Bab al-Salam and Bab al-Hawa in Turkey) for a period of six months. Previously, assistance had been extended by a year and at four border crossings with Turkey, Iraq (Al Yarubiyah) and Jordan (al-Ramtha).

At the moment, Turkey keeps the Tal Abyad crossing open and Turkish Red Crescent (Kızılay) teams reach the region with the aid materials to support those in need, the official added.

The main point of contention in the weeks-long debate was Al Yarubiyah crossing in Iraq.

Germany, Belgium, and Kuwait were the sponsors of the resolution for the continued delivery of aid through two crossing points in Turkey and one in Iraq. But the competing resolution from Russia advocated ending U.N. aid delivery at the crossing in Iraq.

The U.S. was making efforts including crossings in Akçakale...

Iran slams US threat to new commander of Quds Forces

Palestine warns Israel, US over 'deal of century'