What is the Most Visited Landmark in France? 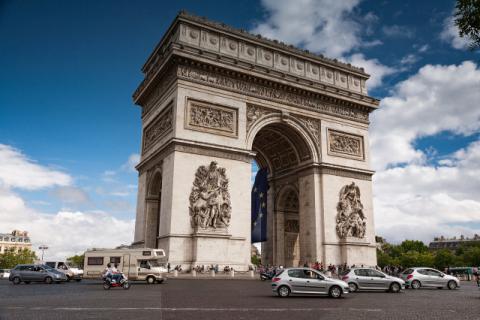 The Arc de Triomphe is the most popular landmark in France, topping the list of most visited sites in 2019, the website of Radio Europe 1 reported.

This is the ranking of the French Center for National Monuments.

The second most visited landmark last year is the Mont Saint Michel Abbey on the Tidal Island in Lower Normandy, and third in the ranking is the Sainte-Chapelle Chapel in Paris.

The Eiffel Tower does not participate in the National Monument Center's ranking at all because it is a private site. The institution manages about 100 national sites.

A total of 9.9 million people visited France's national monuments in 2019.

Attendance is slightly lower than the previous year. The center reports that the devastating fire at Notre Dame Cathedral in Paris, reconstructions in several other key landmarks in Paris and the country, as well as strikes in December, have reduced the interest and the number of tourists.