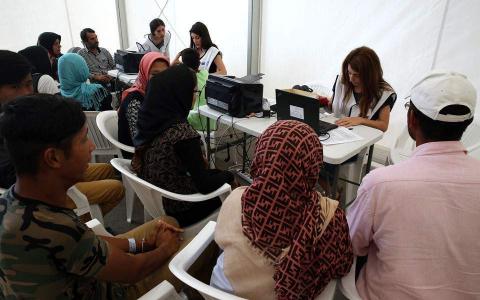 The government's plan to ease pressure on Aegean islands amid the continuing arrival of irregular migrants from neighboring Turkey foresees 10 new centers on the mainland that will be able to host up to 15,000 asylum seekers, with the first 10,000 to be transferred from the islands to the new facilities by the end of February, Kathimerini understands.

The new centers are to open in Ilia, Arta, Amfilochia, Larissa, Western Macedonia and Fthiotida while there will also be one on Crete.
There are already 30 centers on the mainland hosting some 25,000 asylum seekers. A total of 104,000 migrants currently have asylum applications pending in Greece, a government official told the mayors of the areas slated to get new centers. Of those 62,000 are on the islands and 42,000 on the mainland.

Despite the vociferous opposition of local authorities on the Aegean islands, the...

Hard work pays off for Reds and Greens

Building slows in October due to confusion over VAT