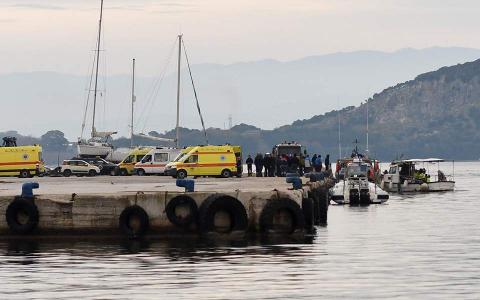 Greece's Coast Guard resumed on Monday a rescue operation to locate refugees and migrants who fell into the sea when their boat sank on Saturday 13 nautical miles southwest of the island of Paxi, western Greece.

The twelve bodies that have so far been pulled out of the sea have not yet been identified, but none of them are children, the state-run news agency ANA-MPA reported.

According to sources cited by the news agency, the 21 people rescued from the shipwreck were sent to the city of Preveza and were in good health. Authorities said 10 people were from Afghanistan, two from Syria, four from Pakistan, two from Iran, two from Iraq and one from Somalia.

According to the testimonies of survivors, there were approximately 50 people on the boat. The vessel that sank has not been located.

Two coast guard vessels assisted by a helicopter were participating...