Vucic: The time of Serbia's acting irresponsibly is over 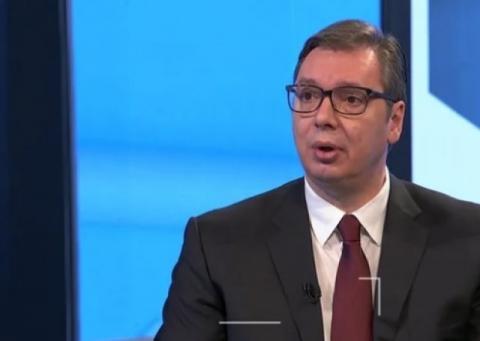 When asked about the relationship between him and Montenegrin President Milo Djukanovic, he said it was in the interest of both sides that the work be done for the benefit of all.
"We have constructed a Serb house that no one wanted in Montenegro, we set aside money for Serbian institutions, without endangering the sovereignty of Montenegro. I have never been on an official visit to that country. I spoke with Djukanovic in Tirana and made my point, I am sorry that the ruling party in Montenegro is angry and this is evident in their statement. I am always ready to talk to Djukanovic, but we have to worry about 28.73 percent of Serbs residing in Montenegro. I always say if you have a rational answer to offer, please do so. I am proud of the Serb people in Montenegro who hold their heads up".
He also says that some accuse him of failing to "pull an ax" on Montenegro, while others blame him for alleged "aggression", which comes from Appeal 88.
"I will not send tanks to Montenegro, the time of Serbian irresponsibility is over," Vucic says, adding that it is time for agreements, but not to the detriment of Serbia.
"It is rational and responsible. Those who would make war would go to war for 24 hours and then end up in the cafes," he noted.
He does not believe Montenegro will change its decision on the controversial Freedom of Religion Act, but believes that this has raised awareness of the Serbian people in Montenegro.
"Not only in Montenegro, but also in Serbia, Republika Srpska, how much Serbian people feel injustice, because everything that is allowed to others, it is not allowed to Serbs... I shared this view with the international community as well," he said, adding that we are not in an easy position.