Atanas Urdzhanov: The Prices of Deli Meats are Expected to Rise by over 10% 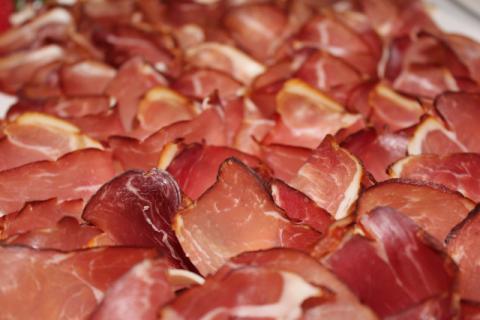 The prices of deli meats are expected to rise by over 10%. This was stated by Atanas Urdzhanov, chairman of the Board of Directors of the Association of Meat Processors in Bulgaria, in an interview with Focus News Agency, quoted by NOVA TV. He said he could not forecast whether a new surge in the pork prices was to be expected due to the temporary ban on the movement of pigs from and to farms and slaughterhouses because of new cases of African swine fever, as at the moment the meat that is being offered, mostly fresh, is both expensive and in shortage.

"The situation in the industry is critical. As early as 2019, we warned that because of the African swine fever China's pig population had shrunk by over 50% and the price of pork would soar. By the end of the year, the price of pork in Bulgaria had increased by over 60%. Pork is not enough for the market in the country, it is no secret that we also work with raw material from Europe - Germany, Denmark, Spain and France, but the price has never been so high. We now expect an increase in the price of deli meats. Back in November, we notified the retailers that we needed to raise our prices by over 10%, and we are now waiting for them to accept that," he said.
The challenges faced by meat processors this year are mainly related to the crisis over the African swine fever and the lack of raw-meat material, Atanas Urdzhanov said. 20% of the beef on the market is domestic, the rest is imported, he added.