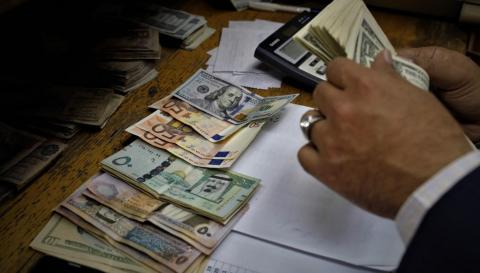 The global debt-to-GDP ratio hit a new all-time high of over 322 percent in the third quarter of 2019, with total debt reaching close to a record $253 trillion, the Institute of International Finance (IIF) has said.

Total debt across the household, government, financial and non-financial corporate sectors surged by some $9 trillion in the first three quarters of last year.

In Turkey, households' debt to gross domestic product (GDP) ratio declined to 14.1 percent in the third quarter of 2019 from 16 percent a year earlier.

Turkish non-financial corporates' debt ratio also fell to 67.3 percent in the quarter from 79.7 percent in the same period of 2018 while government debt to gross domestic product ratio inched up to 35 percent from 34.5 percent.

The IIF also calculated that the debt to GDP ratio in the Turkish finance sector stood at 27.5 percent in the third quarter of 2019, down from 31.9 percent a year ago.

Emerging markets debt has risen more than twofold since 2010, to $72 trillion, the IFF said, noting that the surge has been driven mainly by the sharp buildup in non-financial corporate debt (up $20 trillion to over $31 trillion).

"This is a contrast to mature markets, where the government sector has been the biggest driver."

The Rivers are Warming at the Same Rate as the Atmosphere

Turkey remembers diplomat killed in US in 1982