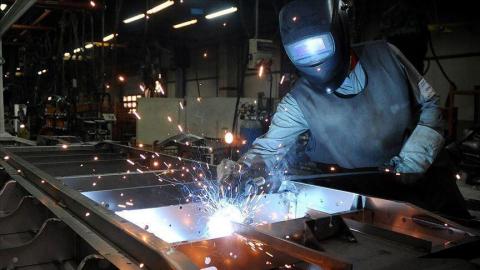 That followed a 3.9 percent increase in industrial production in the previous month.

Economists surveyed by Anadolu Agency had expected the country's industrial output to increase by 5.3 percent in November.

Industrial production is considered a vital indicator for the economy, as it is seen as a preliminary gauge for GDP growth.

"We are moving closer step by step to achieve the momentum desired in industrial production. We tour the cities to listen to businesspeople and resolve their problems," Treasury and Finance Minister Berat Albayrak said on Twitter after TÜİK released the output data.

"Our priority is production based on value-added, job creation and export. We will bring those numbers to even higher levels in 2020," he added.

In another post on Twitter on Jan. 13, Bayraktar also noted that the country's risk premium dropped to 267, its lowest since May 2018.

The economy's performance in 2019 boosted confidence in Turkey, he said.

The manufacturing index climbed 5.3 percent while the mining and quarrying index rose 7.2 percent in November 2019 compared to the same month of the previous year, data from TÜİK showed yesterday.

The headline PMI was unchanged at 49.5 percent in the month.