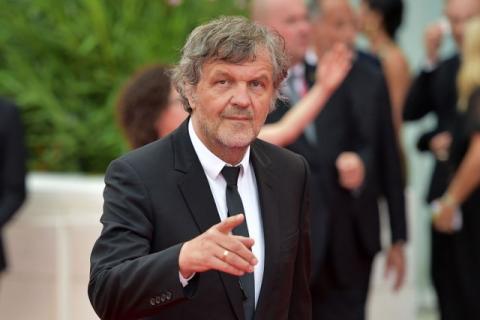 The first guests arrived to Mokra Gora yesterday - celebrated Italian director Paolo Virzi, French director of photography Michel Amathieu, Chinese-Canadian film director Johnny Ma, a French-Russian-Kazakhstani chess grandmaster Vladislav Tkachiev and director Karim Aïnouz.
The ceremony began in honor of the celebrated director Purisa Djordjevic with excerpts from his best films in which the biggest stars of Yugoslav film have starred, unfortunately those who are no longer with us - Milena Dravic, Ljubisa Samardzic and Neda Arneric.
In the opening statements, it was stated that the aim of this year's Kustendorf is "to confront superstition and number 13 with cinematic magic".
Describing the work of Purisa Djordjevic, the words of the great Dusan Makavejev were quoted as saying that all filmmakers adored him because he first made editing cuts, "he cut films regardless of the story, he created the story himself. He was our ideal, a role model for humor, he taught us that there are no gods".
In an opening address, Emir Kusturica asked the famous director to make a few more films, "one would be enough", until he turns 100.
''When I was young and studying, I was told that there was only one director in Serbia whose language fell out of all the patterns of world film. When we were trying to learn how stories are told, we learned one thing - the most important thing is to follow human destiny", Kusturica said. While receiving the award, Djordjevic said he was often asked why he was still alive, given that he is 95 years old.
'I'll tell you why. I am of peasant origin and have never eaten fruit", said the famous director.
Using Purisa's words as prelude, Kusturica went on to tell the story of a mammoth and a doctor who told him...