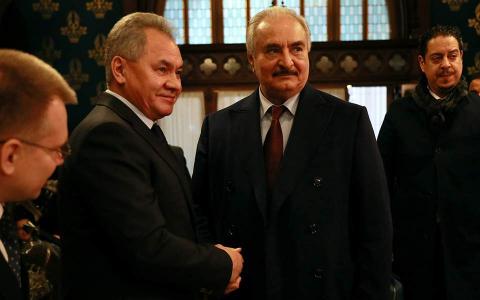 Libya's rival leaders have left Moscow without reaching agreement on a cease-fire deal proposed by Russia and Turkey in an effort to bring an end to the country's long-running civil war.

Fayez Sarraj, the head of Libya's UN-recognized government in Tripoli, and his rival Khalifa Hifter came to Moscow on Monday to discuss a truce with top diplomats and military officials from Russia and Turkey. The talks lasted about seven hours, and Sarraj and Hifter didn't meet directly.

After the meetings, Russian Foreign Minister Sergey Lavrov and his Turkish counterpart, Mevlut Cavusoglu, announced that Sarraj signed the draft document spelling out the details of the proposed cease-fire deal, while Hifter requested more time to consider it.