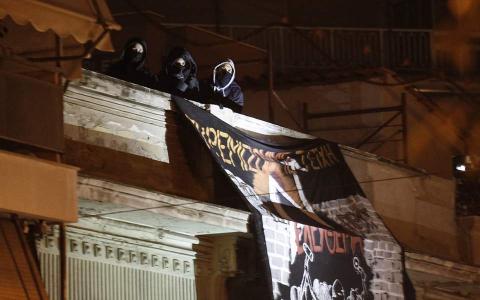 In the wake of the controversy that followed a police operation to empty two squats in Koukaki over the weekend, State Minister Giorgos Gerapetritis said on Monday that evicted squatters who hurled blocks of concrete and other projectiles at officers should face felony rather than misdemeanor charges.

"What happened was felonies and not misdemeanors as they carried a potential risk to human life," Gerapetritis told the Thema 104.6 FM radio station, noting that the penal code stipulates the upgrading of offenses from misdemeanors to felonies in such cases.

His comments came after the union of Attica police special guards said it would take legal action to change the charges brought against 20 people arrested in the evictions from attempted bodily harm to attempted homicide.

Six police officers were injured during Saturday's operation at the two buildings which...