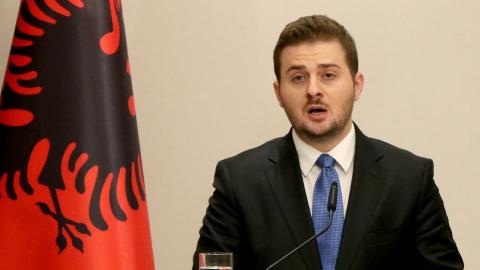 Cakaj said both has been declared "persona non grata for conducting activities not related to their status and to the principles of the Vienna Convention on Diplomatic Relations". They had been requested to leave Albania immediately, Cakaj added.

Peimanemati was listed as Third Secretary at the embassy, while his colleague was accredited as cultural adviser. The Iranian diplomatic team in Tirana numbered six before the expulsion. The embassy did not respond to requests by BIRN to comment by the time of publication.

Albania expelled two Iranian diplomats in December 2018 over an alleged terrorist plot, whose exact nature has not been made public.

The close US ally has found itself on the frontline of the clash between the West and Iran following its 2013 agreement to host members of an Iranian opposition group, called Mojahedin-e-Khalq, MEK. It hosts several thousand members of the group who have created a base in central Albania - but who are considered a terrorist organization by Iran.

Following the escalation of tensions between the US and Iran after the recent killing of Iranian General Qasem Soleimani in a US drone strike, the Iranian leadership has among other things lambasted "a devilish small country in Europe" that helps the enemies of Iran, a statement widely interpreted as a reference to Albania.