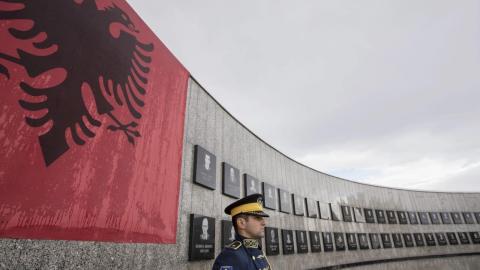 Commemorations are being held on Wednesday to mark the 21st anniversary of the massacre by Serbian forces in the Kosovo village of Recak/Racak, when 44 people were killed.

The massacre was publicised by the chief of the OSCE ceasefire verification mission to Kosovo, William Walker, who visited the scene the following day and declared it a "crime against humanity".

It became one of the key incidents that led NATO to launch its bombing campaign to make Yugoslav President Slobodan Milosevic's forces pull out of Kosovo.

"We honour the memory of those who were lost in Recak and all the other massacres in Kosovo two decades ago by working together to build a future of peace, justice, and prosperity for the next generations," the statement said.

The statement urged the governments of Kosovo and Serbia to ensure war victims and their families have full access to justice and to information about the fate of their loved ones.

The head of the European Union's office in Kosovo, Nataliya Apostolova, also used the anniversary to call for justice.

"The commemoration of these well documented events reminds us of the importance of peace, justice and reconciliation. My thoughts and prayers are with families of the victims. May the victims rest in peace," Apostolova wrote on Twitter.

Serbian security forces surrounded Recak/Racak and started attacking it on the morning of January 15, 1999, then entered the village and raided houses. Some men tried to hide but were discovered, beaten, then taken away and shot. A total of 44 villagers were killed.

Belgrade initially insisted that the casualties were Kosovo...