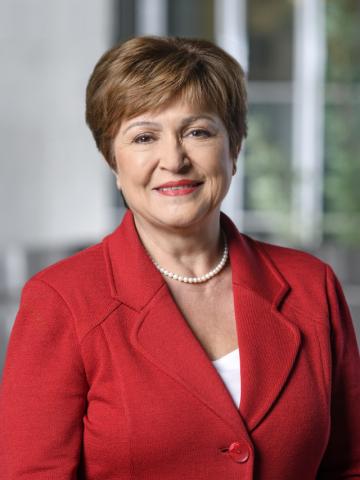 The names of the winners in the traditional 2019 Personality in the News Awards became clear.

The winners were selected by the NoviniteGroup team after active and careful research of the most accomplished and significant personalities in the news stream in 2019, who contributed to the positive image of Bulgaria around the world.

In addition to the Personality in the News Prize, three established Bulgarians will be honoured with: "Honorary Ambassadors of Novinite"

A Special Award for Extraordinary Global Achievements in 2019 will also be presented this year.

See who are the winners below:

Kristalina Georgieva, Managing Director, IMF - Before joining the Fund, Ms. Georgieva was CEO of the World Bank from January 2017 to September 2019. During this period, she also served as Interim President of the World Bank Group for three months. Previously, Ms. Georgieva helped shape the agenda of the European Union. She served as European Commission Vice President for Budget and Human Resources. In 2010 she was elected as Bulgarian Commissioner for International Cooperation, Humanitarian Aid and Crisis Response, managing one of the world's largest humanitarian aid budgets. She took office almost immediately after the devastating earthquake in Haiti. In the same year, Georgieva was named "European of the Year" and "EU Commissioner of the Year" as an acknowledgement of her work, in particular, her handling of the humanitarian disasters in Haiti and Pakistan. She also served as Vice-President of the European Commission under Jean Claude from 2014 to 2016.

President Iohannis: In mid-October, 120 Romanian troops, four helicopters will start their mission in Mali
Cluj-Napoca to host as a first World Experience multicultural festival
Romanian Ambassador to UN pleads for deeper analysis of climate changes impact on peace and security