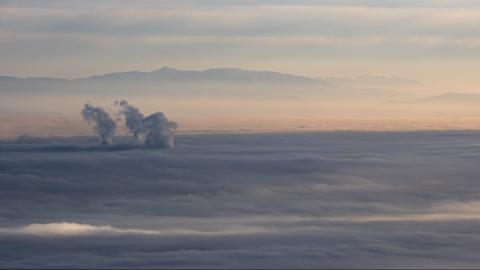 Following the arrest of the previous Ecology Minister, Neno Dimov - and amid growing turmoil over alarming levels of pollution - Bulgaria on Wednesday appointed a new Ecology and Water Minister despite what critics say is his questionable reputation.

Critics maintain that the new minister, Emil Dimitrov, who like his predecessor comes from the far-right junior ruling United Patriots party, lacks expertise on ecology and environment, and won't be willing or able to improve an already bad situation.

The previous minister, Dimov, who was accused of inaction over several important issues, was arrested and charged last week following a scandal concerning the town of Pernik, 40 kilometres west of Sofia.

The town, home to 82,000 people, has been struggling with its water supply for two months since the local Studena dam dried up. Dimov was charged with deliberate mismanagement for allowing a continued flow of the water supply, despite repeated warnings that the water level behind the dam was decreasing.

Speaking in the debate on the vote on Dimitrov, who comes from Pernik, ruling GERB party MP Alexander Nenkov insisted that others were also guilty for the water crisis in Pernik, and should bear responsibility, if proven guilty.

Krassimir Bogdanov, of the United Patriots, agreed that responsibility for the water crisis should be shared. He insisted that Dimitrov had shown indisputable qualities when he headed the Customs Agency.

But the opposition said it would not support Dimitrov's nomination, noting the ninth change to the cabinet since the 2017 general elections, which it said showed a lack of vision for reforms.

Towns and cities, Including the capital, Sofia, Pernik, and other places, are frequently covered by thick, toxic...

Weather Forecast: Windy but Warm for the Season