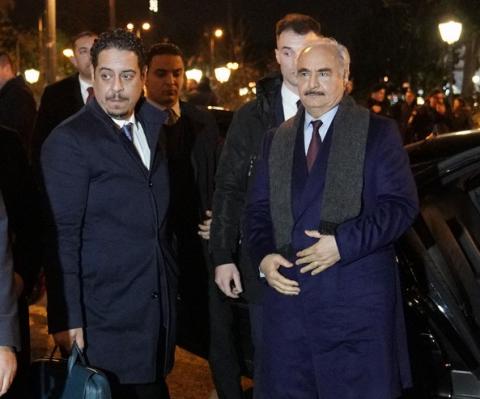 Greece lobbied hard to be included in the conference as Libya's UN-recognised government in Tripoli has signed an MOU with Turkey, which has been invited and has sent fighters from Syria to Libya, for a delimitation of their Exclusive Economic Zones (EEZs) which are not neighbouring by expropriating large swathes of Greece's EEZ in flagrant violation of the 1982 UN Law of the Sea Convention (Montego Bay).

Merkel has invited the US, Russia, China, the UK, France, Italy, the EU, the African Union, the Arab League, the Republic of Congo, Algeria, Egypt, the United Arab Emirates and Turkey.

«With the aim of supporting the work of UN Secretary-General Antonio Guterres and the UN special envoy, Ghassan Salame, towards a sovereign Libya and a reconciliation process, Chancellor Merkel is extending invitations for a Libya conference in Berlin on Sunday,» German government spokesman Steffen Seibert said on Twitter.

The US State Department on 16 January issued a clear statement rejecting the MOU as provocative and counter-productive and France issued its own separate statement backing Greece's position that the Libya-Turkey accord is null and void.

Washington has also slammed the Turkish military presence in Libya.

Greece prepared to veto EU approval of Libya accord

In a clear signal of the measure of Greece's decisiveness in defending its sovereign rights, Mitsotakis in a nationally televised...