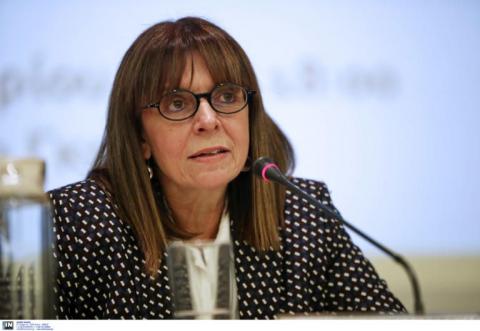 For months there was furious speculation about the PM's criteria for picking the state's highest official and the prospect of a woman nominee had been touted for quite a while.

A distinguished jurist, Sakellaropoulou has the profile of a moderate progressive and thus is in line with the tradition of the PM picking a president not from his own party.

The last president who was not a politician was Christos Sartzetakis who served between 1985-1990 and was nominated by Andreas Papandreou.

He too was a judge and gained international fame in Costa Gavras' film Z which storied his brave stance as investigating magistrate in the case of the murder of MP and left-wing icon Grigoris Lambrakis by organs of the right-wing deep state.

Sakellaropoulou, head of the country's highest administrative court, was not a member of the ruling New Democracy party, the premier underlined.

Former PM Alexis Tsipras tapped her for the top spot on the court and she was approved unanimously by the cabinet.

Consequently, SYRIZA is expected to support her, at least in the second round of voting, even though Tsipras backed incumbent Prokopis Pavlopoulos for a second term.

The centre-left Pasok-centred Movement for Change is also expected to back her as is Yanis Varoufakis' MeRa 25, which would cumulatively secure a sweeping parliamentary consensus at a time that the country is striving for unity amidst grave geopolitical threats.

Pandemic – What do infection specialists expect for the end of September?