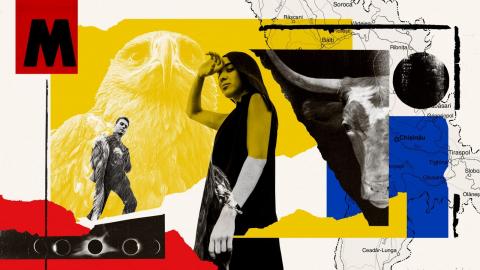 Such a devastating loss of population is already causing severe problems such as labour shortages and a lack of professionals such as doctors, but these issues afflict other parts of post-communist Europe too. What is different is that population shrinkage in Moldova has begun to be discussed in existential terms.

Ever since independence in 1991, Moldova has been wracked by political upheaval, poverty and corruption on a grand scale.

But when Aureliu Ciocoi, the foreign minister, says that he believes his country has about a decade to sort its problems out, he also has population loss in mind.

"Our mission," Ciocoi told BIRN, "is to ensure that the state remains a viable state."

Until July 2019, one of the biggest problems when it came to analysing Moldova's demographic issues was that there was no credible population figure (see box).

Thanks to new emigration estimates, that number was reckoned to be 2.68 million on I January 2019. This represented a massive 1.8 per cent loss of population since the year before. One year later, Moldova's population will have dropped again.

The 2019 figure does not include Transnistria, but if one includes a rough estimate of the number of people in the breakaway region, the population of the whole of Moldova would be about three million.

A study by the UN's Population Fund and Moldova's Centre for...