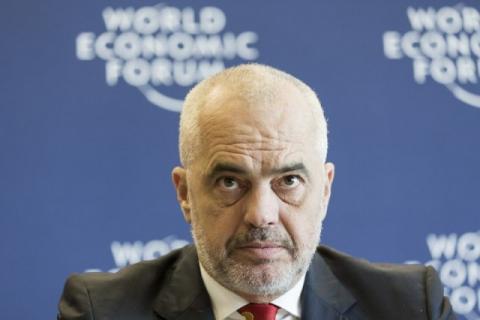 In a lawsuit more than 30 pages long, as Gazeta Express reports, Rama claims compensation, noting that his honor, reputation and dignity have been violated due to public appearances and defamation of Kosovo's Prime Minister, Kosovo online confirmed.
The lawsuit points out that Haradinaj spoke about exchanging territories between Belgrade and Pristina in several broadcasts last October, accusing Rama of launching the idea of territory swap with Hashim Thaci and Aleksandar Vucic.
According to the lawsuit, "Kosovo's Prime Minister is an author and a person who publicly disseminated allegations of specific facts that repeatedly and directly and indirectly created in the public the false image that the Prime Minister of the Republic of Albania is serving the idea at the expense of the interests of the Albanian nation in general and Kosovo".
He cited a number of statements made by Haradinaj on several occasions, in which he emphasized the role of Albanian Prime Minister Edi Rama.
In one of the statements, Haradinaj, according to the lawsuit, refers to some corrupt affairs in order to implement the idea of ​​exchanging territories.
The lawsuit alleges that Haradinaj maintained that view despite the fact that Rama had never discussed such topics.
In the lawsuit, Rama did not state the amount of damage he claims. But in the lawsuit, he demanded that Haradinaj, with compensation for damages, be forced to refute statements that he claimed were defamatory.
Haradinaj has on several occasions accused Thaci, Vucic and Rama of "initiating the idea" and "working on the implementation" of territorial exchange between Belgrade and Pristina.