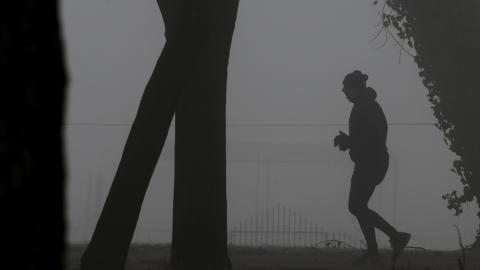 When is unhealthy air acceptable air? In the Balkans, it depends who you believe: mobile apps or state data.

The quality of air in the region has become a hot topic since the capitals of Bosnia and Serbia, Sarajevo and Belgrade, made the top 10 in the list of most polluted cities on the planet.

Yet on days when pollution apps such as AirVisual told Belgraders they were breathing 'unhealthy' air, Serbian health authorities say it was 'acceptable'.

BIRN has delved deeper to explain the discrepancy:

World rankings show Belgrade in the red zone but the official Serbian site states that "the air quality in Belgrade is acceptable".

The key issue is that there is more than one way to measure air pollution. State authorities on the whole use European Union methodology, while apps use US or even Chinese measuring methods.

The Belgrade Institute for Public Health says it measures air quality at 30 locations in the city and that all the data gathered is transferred in real time to a central computer.

"On our website it is clearly explained how we calculate," Andrej Sostaric of the Institute told regional broadcaster N1 on January 15. "We use the EU-developed 'Common Ait Quality' criteria."

AirVisual, he said, is using the same data, but putting it through a different algorithm.

The day after Sostaric's comments, at 6 a.m. AirVisual again characterised the air in Belgrade as unhealthy, while the city institute said it was acceptable. The same happened on January 17.

Unlike city authorities, which estimate air quality based on particulates PM10, CO, NO2 and SO2, AirVisual uses PM2.5 concentrations to calculate the Air Quality Index, AQI, and this is displayed in the US AQI.

This means that AirVisual...