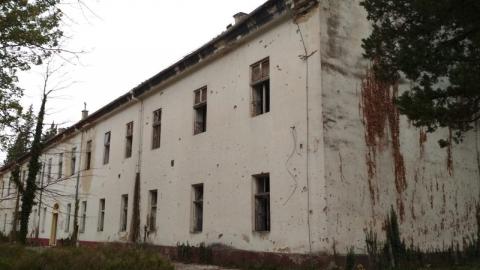 Hector Gullan, a former member of British peacekeeping forces, has sent an open letter to the European Commission and the Council of the European Union, asking them to call on new Croatian President Zoran Milanovic and Prime Minister Andrej Plenkovic to address the issue of Zagreb's non-extradition of war crime indictees to Bosnia and Herzegovina.

"War crime prosecutions of Bosnian Croats living in Croatia is at a standstill. The political deadlock around these cases is dreadful and needs to be broken," Gullan said in the letter.

He said that he hoped that the election of centre-left president-elect Milanovic, who is replacing a centre-right president, could give the issue new impetus.

"With this change in the political landscape in Croatia, hopefully we might see things beginning to move forward in a positive way," he suggested.

Gullan was stationed immediately after the war in the Bosnian town of Stolac, where crimes were committed during the 1990s conflict.

In his letter, he named two former Bosnian Croat fighters, Ivan Ancic and Vid Palameta, who are living freely in Croatia but are wanted for trial in Sarajevo.

The Bosnian prosecution alleges that Ancic was in charge of a wartime detention camp at the Dretelj barracks in the Capljina municipality, and as a high-ranking official responsible for overseeing guards, military police and Croatian Defence Council fighters, failed to prevent crimes against detainees or punish the perpetrators.

Palameta is accused of involvement in torturing, beating and stealing from Bosniaks held at the Dretelj camp.

Gullan noted in his letter that while six former Bosnian Croat military and political officials have been convicted of wartime crimes in the Mostar, Stolac and Capljina...