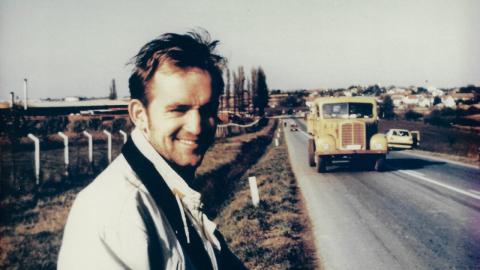 "High Risk, Low Return" was the headline of an article that photojournalist Paul Jenks wrote for Britain's Daily Telegraph newspaper in September 1991 about his experience of covering the war in Croatia.

"While many journalists are attracted by the danger of being in a war zone, night-time bombardments and hidden snipers provide little in the way of photo opportunities," Jenks wrote.

Around four months later, on January 17, 1992, Jenks was hit by sniper fire near Osijek in eastern Croatia and killed. He was 29.

His mother, Gilly Worth, learned from television news about the death of her son, who had arrived in Croatia at the very start of the war to bear witness to its horrors.

"He died for the truth - that's exactly what he was doing or trying to do," Worth told BIRN.

Jenks' wartime friend, Christopher Morris, a photographer who covered the conflicts across the former Yugoslavia throughout the 1990s, thinks that his journalistic curiosity cost him his life.

The official explanation is that Jenks was killed by a sniper firing from Serb positions in the village of Tenjski Antunovac.

But those who knew him do not believe this. Many of them are convinced that his death is linked with his investigation into a notorious group of foreigners who came to fight in the Croatian war with dubious and sometimes grotesque motives.

Last Despatches: about the series

BIRN's Last Despatches series documents some of the almost 150 reporters and other media workers who were killed during and after the 1990s wars in the Balkans - some of them foreigners who came to the region to cover the conflicts, but most of them citizens of the warring republics.